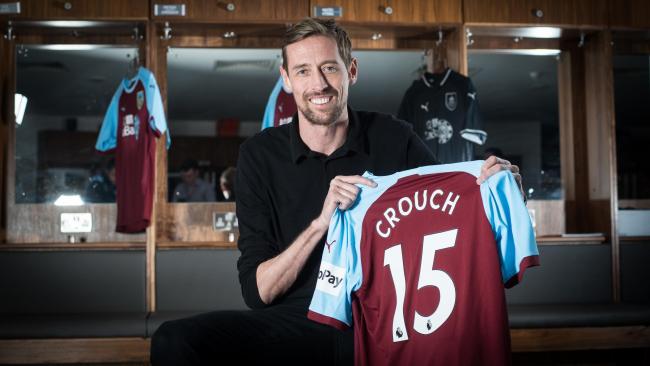 When a 38-year-old Peter Crouch moving to Burnley is your biggest story, you should perhaps begin to realise that ‘Transfer Deadline Day’ doesn’t actually exist to provide 24 hours of rolling entertainment for a television audience.

It’s simply the final day of a seasonal window in which football clubs around the world are permitted to sign and register new players – some bloody weird ones, n’all.

As far as January 2019 is concerned, here’s a few of the odder moves you might have glossed over amid the vapidity of it all…

After failing to impress at Aston Villa, Everton have chosen to farm Bolasie out a little further afield for the remainder of the season.

Apparently the transfer was only approved by the Belgian FA with roughly 30 seconds of the window left.

Udinese spent the majority of deadline day in negotiations with Derby County veteran Tom Huddlestone only for the deal to ultimately collapse.

However, the Serie A side did manage to procure themselves a former Premier League midfielder before the end of the day by bringing in ex-Tottenham nutter Sandro from Genoa on a short-term deal.

Undisputed four-star general of Chelsea’s loan army, Piazon’s January switch to Chievo will preserve his impeccable record of spending every single season since his arrival at Stamford Bridge in 2012 ‘elsewhere’…

Most Stoke fans were hoping for defensive reinforcements or two this window as they are notably short at the back.

Instead, the club loaned their senior left-back to a team fighting relegation from Ligue 1.

Off to Qatar. Safe to say, the grand return to Swansea has not gone to plan…

From Liverpool wonderkid, to Watford also-ran, to League One in the space of three seasons.

Suspended by Fulham for brawling with one of their security guards, Kamara has been removed to one of Turkey’s lesser -Spors.

Nobody looks remotely happy about it…