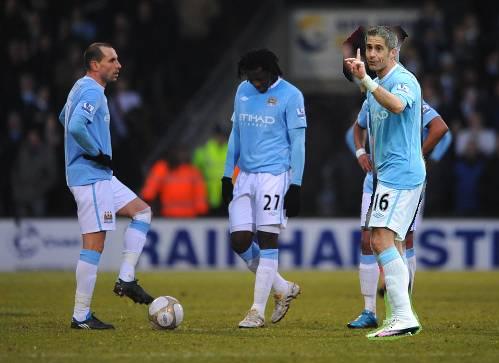 Just a quick one to say that Manchester City have confirmed, via their offical website, that Martin Petrov, Benjani Mwaruwari and Sylvinho will all be allowed to leave the club over the coming summer.

Petrov has struggled with injuries throughout his City career, finding himself limited to only 57 starts in over three years at the club – though I doubt he’ll have much trouble finding a new employer.

Zimbabwean striker Benjani spent the second-half of last season on loan at Sunderland and has been surplus to requirements at Eastlands for quite some time now.

35-year-old Brazilian left-back Sylvinho will now, more than likely, make a lucrative move into semi-retirement in Dubai (a la Fabio Cannavaro), Qatar or the MLS.