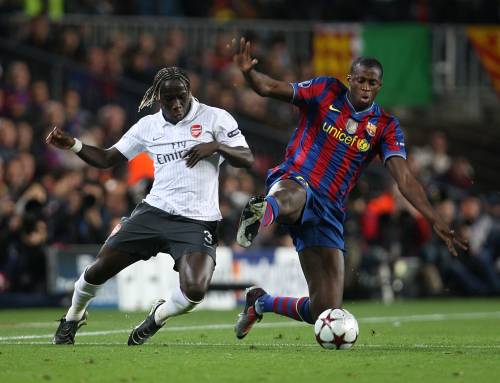 It would appear that any speculation linking Barcelona midfielder Yaya Toure to Arsenal (as a makeweight in any prospective deal for Cesc Fabregas) has been wide of the mark as, according to reports in Spain, the Ivorian is on the verge of completing a €30 million move to Manchester City.

Barcelona-based newspaper Sport is claiming that the 27-year-old holding man is poised to be reunited with his brother Kolo at Eastlands, after City made an offer that came within €5 million of the Catalan club’s valuation.

Negotiations are set to rumble on for a few more days as Barca try to squeeze a few further €millions out of Sheikh Mansour but it is thought that Toure’s agent, Dmitri Seluk, has already agreed upon personal terms for his client with City.