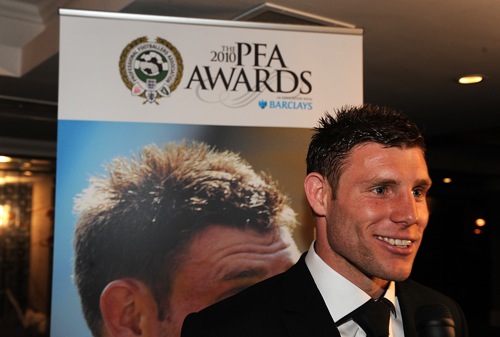 It’s official, or at least Martin O’Neill has confirmed it: James Milner wants to leave Aston Villa this summer, which means Man City have to come up with a number that MoN and Villa are happy with.

“I had a conversation with James before the World Cup and he intimated that he’d like to go,” said O’Neill.

“I’d imagine things will be resolved in foreseeable future.

“City made an offer but it did not meet our valuation.

“I’m sure matters will be resolved soon. James is back next week having had extended holiday.”

It’s a big blow for the Midlands club.

What figure do you think Villa would be happy with? I value Milner at around £18-20m, but expect Villa will want a wee bit more than that. How much do you think he’s worth?