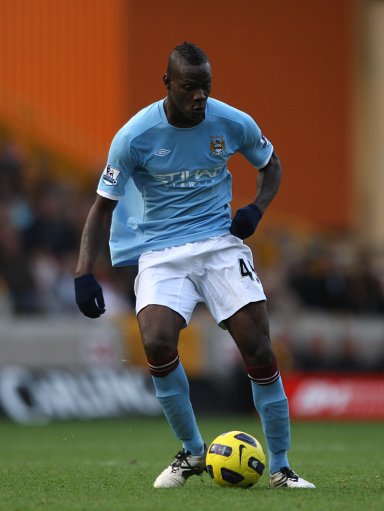 By spending every available second of his spare time (of which he has in abundance of late, due to a persistent knee injury) back at home in Milan, Manchester City striker is hardly giving off the signs of a player content with life in England.

Balotelli has been linked with a move back to Italy with AC Milan on numerous occasions since he left Inter for City in August and, amidst a fresh wave of rumours, the 20-year-old is yet again remaining decidedly non-committal – telling Mediaset:

“The likelihood is that I will be at City up until June. I have a five-year contract and I can’t say anything.”

Speculation intensified over Balotelli’s future after he was spotted on Sunday night having dinner with AC Milan vice-president Adriano Galliani in a Milanese restaurant, an incident that he claims meant little:

“It’s true that I had supper with Galliani after the Milan derby, but had I eaten with (Inter president) Massimo Moratti the media would have said that I was going to Inter.”

Fair enough I suppose. I had a Ginsters Cornish pasty this morning and Plymouth Argyle are yet to make their move.