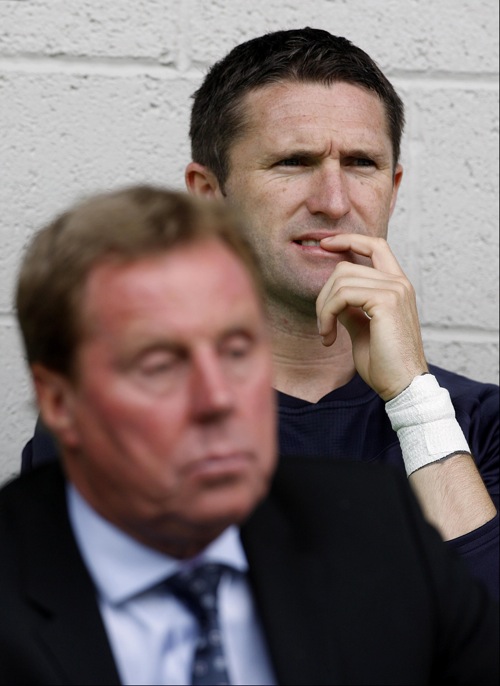 Harry Redknapp has given the green light for Robbie Keane to leave Tottenham next month. Keane has fallen out of favour at Spurs – he isn’t even guaranteed a place on the bench these days – and naturally he wants to move to a club that can give him more playing time.

“I think he’d like to move – he wants to play, you know?” said Redknapp.

“Whoever offers the biggest fee will, I suppose, be the answer in January.

“He’s not used to not playing. All his career, he’s played and been a big player and he wants to play. He could sit here and take his wages, but that’s not him.

“He wants to play football. He trains hard, works hard every day, he’s shown a great attitude. Probably the hardest decision I had to make was last week: I couldn’t get him on the bench.

“It wasn’t easy when you respect somebody and what a good player he is or has been. It was hard, because he’s still a good player.”

Keane is still good enough to play in the top flight, and at 30 it’s not like he’s past it. Of all the clubs who might be interested in signing him, I wonder if a move back to former club Wolves is in the pipeline? Or maybe Celtic will come in with a decent bid. Goalshy Fulham could definitely do with a player of Keane’s calibre too.

Firstly, do you think Spurs should fight to keep Keane? And if he does leave, where do you predict he’ll end up?