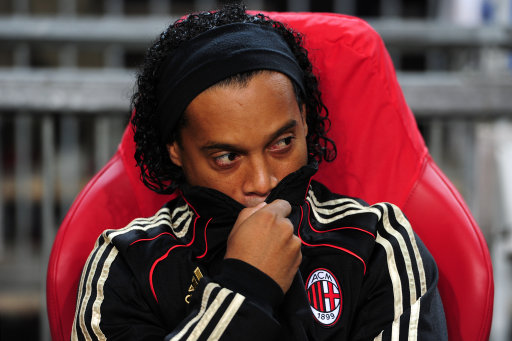 Brazilian side Flamengo have announced the signing of former AC Milan wastrel Ronaldinho on a four-year deal, thus ending Blackburn Rover’s pie-in-the-sky hopes of landing the 30-year-old show-pony during the January transfer window.

“We are pleased to announce the hiring of Ronaldinho for the next four years.

“I thank the board for the discretion and wisdom throughout the negotiations. This project started from the first day I got the presidency.

“I thank the legal department to head coach Wanderley Luxemburgo and especially the fans of Flamengo.”

Hiring? I suppose that’s all you get out of Ronny these days. Scintillas of his undoubted (yet sadly ‘former’…) greatness, interspersed by weeks of turgid disinterest. Ah well.