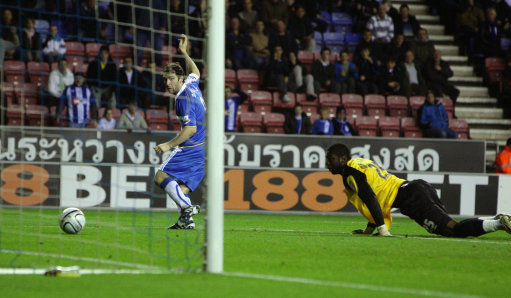 That went well! The man that Wigan Athletic busted their transfer record open for, Argentinian striker Mauro Boselli, has joined Italian side Genoa until the end of the season after failing to even come close to scoring a league goal (despite notching six in six pre-season games) for the Latics since signing from Estudiantes for £6 million in the summer.

The man himself announced the deal via his Twitter feed: “6 months at Genoa, very happy!”