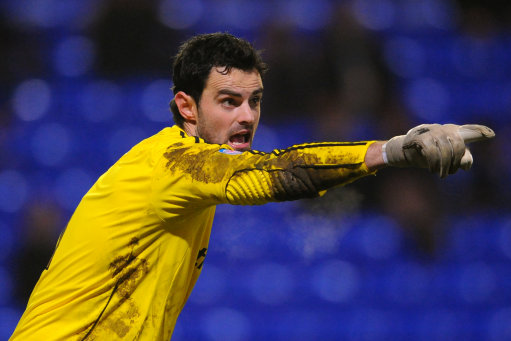 Aston Villa have incurred the f**king wrath of gobshite Peterborough United director Barry F**king Fry by submitting what he has branded as an ‘insulting bid’ for Posh’s highly-rated England U21 stopper Joe Lewis.

Lewis, who has made the full England bench a handful of times, handed in a transfer request yesterday directly after Villa’s offer was turned down, but Fry has publicly stated that he will only let the 23-year-old leave for ‘sensible f**king money’.

The ever-ruddy Fry vented his spleen to Sky Sports News:

If they come back with a sensible offer we will let him go. If not he will stay here.

“Since yesterday I’ve had two more bids from Premier League clubs which we have rejected. I’ve no problem with Joe, he has asked for a transfer which I understand but we need to see some sensible money.”