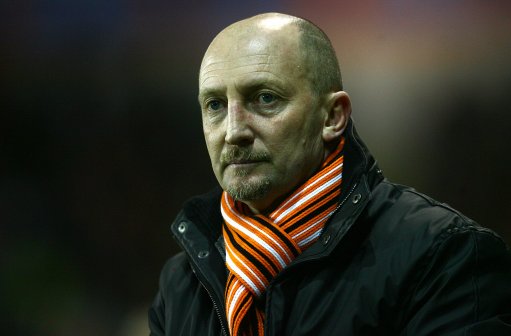 To be frank, Blackpool manager Ian Holloway is really beginning to grate on me. Whereas Lineker et al seem to revel in his particular strand of colloquial whimsy, I’m finding it increasingly difficult to get along with his constant, put-upon chirruping.

Anywho, I’m willing to let my personal gripes slide in order to relay to you Ollie’s latest burred diatribe, this time at the expense of Liverpool, Aston Villa, Blackburn and Birmingham – who’s collective ongoing pursuit of Charlie Adam is beginning to rankle with the Seasider’s boss:

“I want him to go to a club which is not struggling, it’s always been my goal to get him to one of the top five or six clubs. He wants one day to go to a bigger club than us and, where we are in the league (ninth), there aren’t too many.

“I want him to go to a place where he is likely to win, where he is not going to plug a hole and his manager is in a solid position.

“I want him to go to a place where he is loved, cherished and appreciated and that is certainly not any of the teams that have rung up about him so far.

“No disrespect to ASTON VILLA, but they are wasting their time. They can shove their bid wherever they like it because if they think he is only worth £3.5million they are watching a different game to the one I am.

“If they want to insult me by offering £3.5million then, sorry, they are barking up the wrong tree, they are messing with the wrong dog.

“I’ve seen what he does and some of it is genius – and you don’t get genius cheap.”