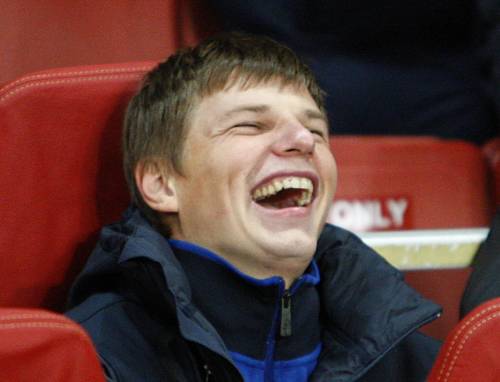 After enduring yet another hideously out-of-sync performance for the Arsenal last night, it should come as no real surprise that Andrei Arshavin may just be foisted out of the Emirates during the January window – with Serie A bigwigs Juventus now poised to make a move for the ‘ickle Russian water-treader.

Arshavin’s representative, Dennis Lachter, has been busy telling all-and-sundry about the quandary in which his client currently finds himself:

“There’s a possibility of Andrei’s move to Juventus, but two things can prevent this deal – firstly, Arsenal can win the Premier League this year, which is a dream of any footballer

Secondly is the issue of Juve’s financial power, as Arsenal are demanding no less than £20 million to release Arshavin.”

On current form, would anyone actually notice he was gone?