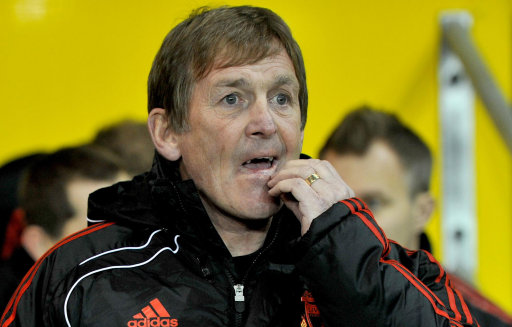 Newly-instated Liverpool messiah Kenny Dalglish has scheduled a meeting with the club’s American owners  (including owner John Henry, who flew in from the States on Tuesday) later today, and the national press have had a field day ruminating over the fact that the Scot may use the opportunity to ask for a scheisse-load of cash to spend on a scheisse-load of players.

The Daily Mirror are leading the line, suggesting that Dalglish will plead with Henry for the funds to bring in a ‘midfield enforcer’, as well as £10 million-rated Southampton prodigy Alex Oxlade-Chamberlain (though Arsenal are thought to be closest to tying up a deal for the 17-year-old) and a couple of ‘experienced forwards’ to be bought in during January.

And just who, pray tell, are these ‘experienced forwards’ of which you speak?

As for the midfield enforcer, it seems that it will either be Dutch destroyer Mark van Bommel, Sunderland’s resident red-card magnet Lee Cattermole, West Ham action hero Scott Parker, leggy Wigan powerhouse Mohamed Diame or Real Madrid’s Lassana Diarra that is bought in to ride shotgun alongside Steven Gerrard.

Oh, and just for good measure, the Daily Telegraph reckon that King Kenny will also push for the signing of Ajaz left-back Urby Emanuelson.

Dozen? Baker’s dozen? Who’s counting? Either way, it looks like the Fenway boys are going to put in one hell of a shift over the next few weeks!