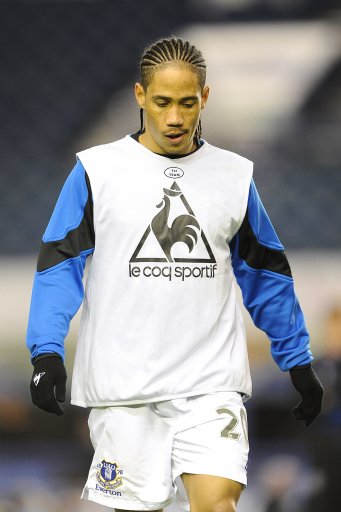 Everton manager David Moyes has confirmed that the club has accepted a bid for their clock-watching winger Steven Pienaar from a major, though as-yet anonymous, European club:

“We have had two offers and one of those offers has been accepted. We have allowed his representatives to speak to the other club, but whether it goes through or not I don’t know yet.”

Word reaching Pies over the t’internet grapevine is that the club in question is almost definitely none other than Serie A giants Inter Milan, who have publicly expressed an interest in the South African lesbian-a-like in season’s past.

As well as Chelsea, cash-happy Spanish upstarts Malaga have also been mooted as potentially the successful bidders, though whether they’d qualify as ‘major’ in anyone’s estimation is up for debate.