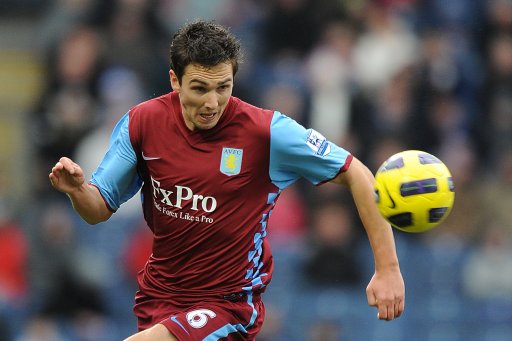 Word is reaching Pies that Liverpool have lodged a bid – believed to be somewhere in the region on £8 million – for Aston Villa winger (and, rather unfortunately for Villa, their current top-scorer) Stewart Downing.

Perhaps inevitably, rumour has it that Villa will accept Liverpool’s bid if and/or when they are able to wrap up the prospective purchase of Sunderland striker Darren Bent at some point within the next couple of days.

Downing enjoyed a brisk start to the current campaign – coming close to recapturing the form of his salad days at Middlesbrough – though his purple patch has faded to a kind of misty lilac stain of late, scoring just twice in his last 16 games for the Villa.

It could just be me, but doesn’t this seem like a bit of a potential ‘Hodgson’ signing?