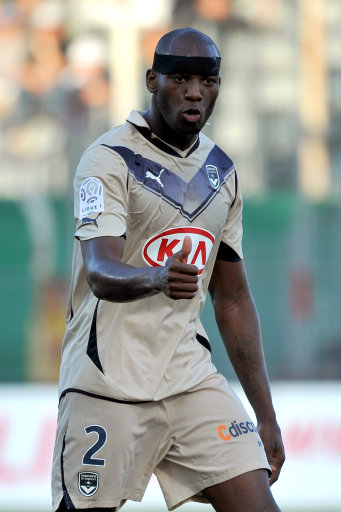 ‘Tis the gospel truth, Arsenal have no defence at the moment – a fact that the gossip-hounds and rumour-mongers of this land are seemingly all too aware of.

The latest name linked with one of the several vacant gaps in the Gunners’ Emmental-like back-line is that of Bordeaux centre-back Michael Ciani, otherwise known as the poor sod that Arsene Wenger opted for wizened veteran Sebastien Squillaci over back in the summer.

Nearly all of the columns d’tittle tattle in today’s French sports dailys are reporting that a phalanx of Arsenal scouts were present in the crowd at the Stade Velodrome to watch Bordeaux’s defeat to Marseille on Sunday evening – which, of course, can only mean one thing (despite the fact that Ciani fluffed his lines to gift the home side their second goal – he’ll fit right in at Arsenal!).

Still, several sources are reporting that 26-year-old Ciani will be unveiled at the Emirates before the end of next week.