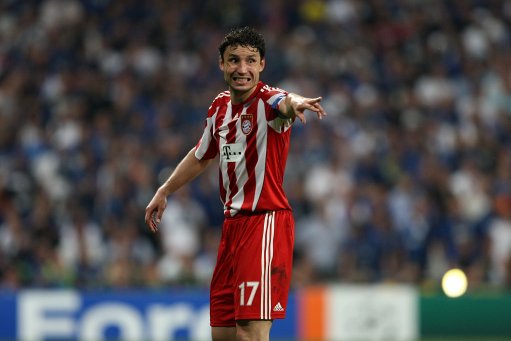 The agent of Bayern Munich’s Dutch ransacker Mark van Bommel has revealed that his client has received an approach from Liverpool, though it has been shelved in favour of other, more ‘interesting’ offers from elsewhere.

“I know about Liverpool’s interest, but other offers are currently more interesting. I have got to find Mark the perfect club and we still have enough time for that.

“I cannot guarantee 100% that he will stay (with Bayern), but there is no rush with negotiations – I just have to do a good job.”

As things stand, Van Bommel will be out of contract at the Allianz Arena come the summer and has previously hinted that he is unlikely to sign a new deal with the German giants – with Tottenham, Wolfsburg, AC Milan and former club PSV all thought to have courted him since the turn of the year.

My money’s on Milan, where 33-year-old Van Bommel will be bought in with the express intent of adding some much-needed youthful exuberance to their ageing midfield ranks.