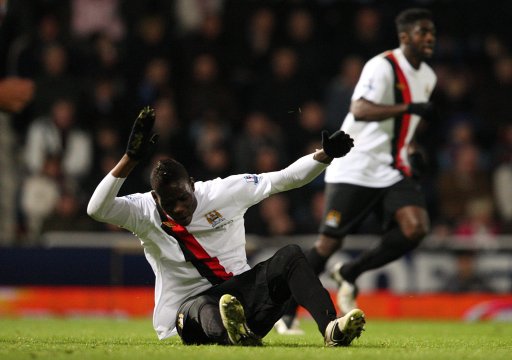 His eminence Mario Balotelli has been speaking to the plebs and mere mortals again, telling all and sundry that he wants to sign for AC Milan at some point in the near future…again.

“Do I envy (Antonio) Cassano for going to AC Milan? A little.

Humble as ever. The Man City striker also had the good grace to mention his current employers, once again implying that he doesn’t intend to hang around for too long at Eastlands:

“Me with Ibra and Cassano at Milan? It’ll happen soon. For this year, and maybe another, I will stay at City where I’m fine.”