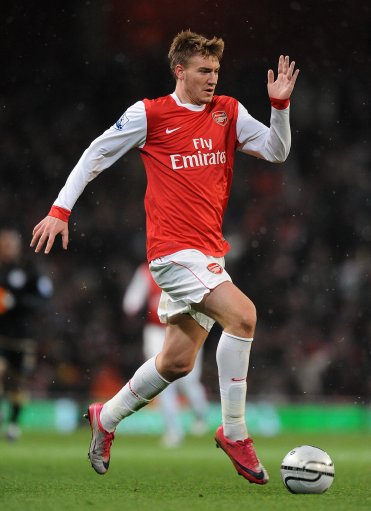 According to several of the nationals this morning, West Ham, presumably in a bid to sound out players with the kind of level-headed, uber-focused steadying influence that can help heave them out of the unholy mess in which they currently find themselves, have enquired as to the availability of Arsenal’s Nicklas Bendtner – a man famed for his ‘umble estimation and almost peerless technical ability.

The Hammers duly found out that Saint Nick is indeed available for purchase, but for the princely sum of 15 million English pounds.

Anywho, it seems as though Bendtner himself (or rather his agent/father Thomas) isn’t keen on the idea of leaving the Emirates just yet:

“[The West Ham approach] is not interesting. If Arsenal want to sell and have set a price, then that’s up to them.

“That’s nothing that we have been involved in. I can only say that this is nothing of interest to us.”

Puny Upton Parklings, your plight is of no interest to the great Bendtner!