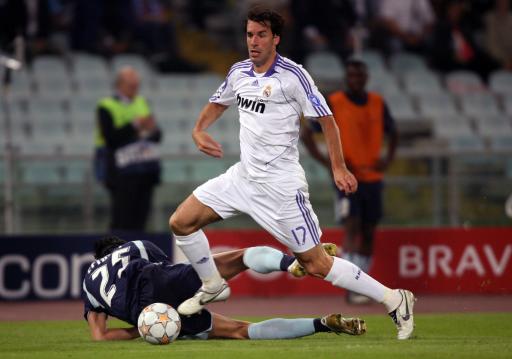 After Argentine forward Gonzalo Higuain was ruled out for four months with a particularly nasty sounding back injury (‘herniated spine’ anyone?) last week, Real have grown increasingly eager/desperate to recruit some short-term cover, with loan moves for Man City wastrel Emmanuel Adebayor, Miroslav Klose and a return to the Bernabeu for equine goal-machine Ruud Van Nistelrooy all mooted to be on the cards.

However, Bundesliga side Hamburg have told Real that, if they truly want to re-sign 34-year-old Van Nistelrooy before the end of the month, then they can whistle.

“There is a clear decision of our club: we are not going to let Ruud van Nistelrooy leave.

“I have respect for him and his point of view, I am aware he is very keen on residing in Madrid after the end of his career. I have a huge respect for his intentions and for him as a person, but he is under contract at our club.

“He is finally in great shape right now and him leaving is a clear no-go for us.”