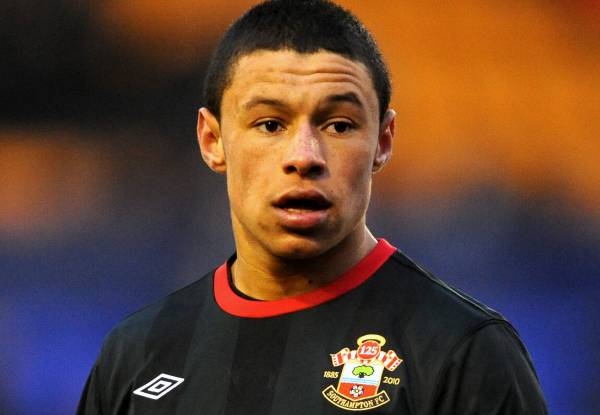 After several weeks of mounting conjecture, Arsenal manager Arsene Wenger has finally confirmed that he is indeed interested in striking a deal with Southampton over prodigious 17-year-old forward Alex Oxlade-Chamberlain – who is currently valued by the League One side at a whopping £10 million.

“We will try [to complete a deal] now. We need an agreement with Southampton.

“We need an agreement with the player, and we are not the only ones on the case – but we try as hard as we can, as I like him as a player.”

Both Manchester United and Liverpool are also be tailing Oxlade-Chamberlain, but the player’s father, Mark (of Stoke, Portsmouth and – briefly – England fame), has backed Arsenal’s bid – singling out the Emirates creche as his son’s preferred destination, telling Sky Sports News:

“Arsenal, with the manager there, the way they play and how they develop players, I think they are the ideal choice.

“Alexander is coping very well as it’s all speculation at the minute. It’s the time of the year when things do happen though, I think if anything is happening then [Southampton] will keep us notified.”

Can’t quite envisage £10 million changing hands, but I do got a hankering that a deal may just go through before the end of the month – perhaps with Oxlade-Chamberlain being loaned back to the Saints until the summer.