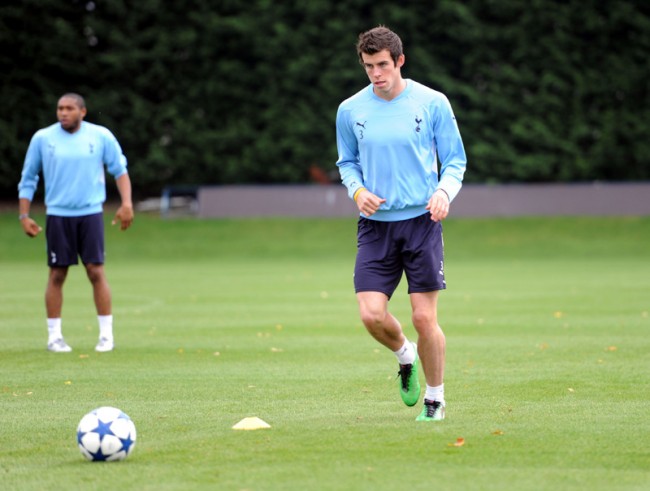 The Guardian’s sports editor Ian Prior teased the whole of the football Twittersphere with the promise of a “major – and boy do I mean it – football exclusive”, to be dispensed today at 5.30pm precisely. Cue something of a Twitter meltdown, as we all wondered what this major scoop could be: Rooney to Real, Mourinho to Man City, Ryan Babel to Linkedin? Whatever, we held our breath, we made wild and amusing guesses, we held our breath some more.

When the major exclusive finally dropped with a deafening clang, you could hear the sound of 10,000 mehs. The Guardian’s XXL story? Inter plan to bid £40m for Gareth Bale… this summer… probably. Really, that’s the major exclusive, which I won’t link to as payment for the two hours of my life I just wasted…

“Internazionale will confirm Gareth Bale’s growing reputation as the most sought-after player in world football with a £40m bid in the summer, the most that has ever been offered for a player of his age and experience.”

Big club in ‘willing to pay good player lots of money sometime soon’ stunner! And who knows how much Bale will be worth come June?

As a lesson in how to oversell a story and make everyone involved look foolish, this was quite brilliant from Prior and his newspaper. Only in the Twitter age is it possible to PR breaking news several hours before it happens, but you have to be very careful to manage expectations. On that score, the Guardian teased and prodded but ultimately failed… And boy do I mean it.

To his deflated followers who haven’t jumped ship, Prior at least showed a sense of humour about his missed goal: “Going to ring up Gray and Keys for a pint later. Then maybe drown a few kittens.”

UPDATE: A source at Tottenham just called the story “rubbish”. Ain’t that the truth.