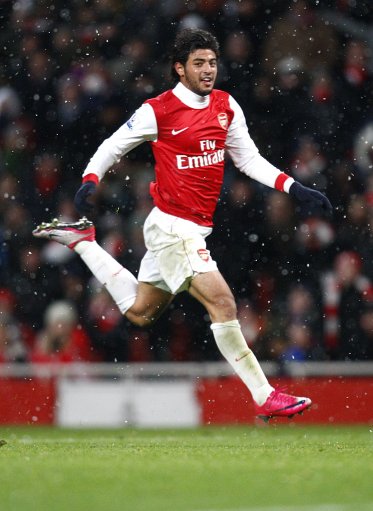 West Brom have pipped both Bolton and Valencia in the race to sign 21-year-old Arsenal striker Carlos Vela on loan for the rest of the season.

So said Baggies manager Roberto Di Matteo, from under his bountiful, Thunderbird-puppet eyebrows:

“I’d like to officially welcome Carlos, who is an exciting signing for this club.

“There’s no doubt that Carlos has the potential to become a great player and it will hopefully be a win-win situation, where we help him by giving him game time in the Premier League while he helps us achieve our goal.

“Having said all that, we have to remember he is still a young boy learning his trade and we will be giving him all the support he needs during his time here.”

For the record, Vela will not be available to play against his parent club when the two sides meet in the Premier League on March 19th. Okay?