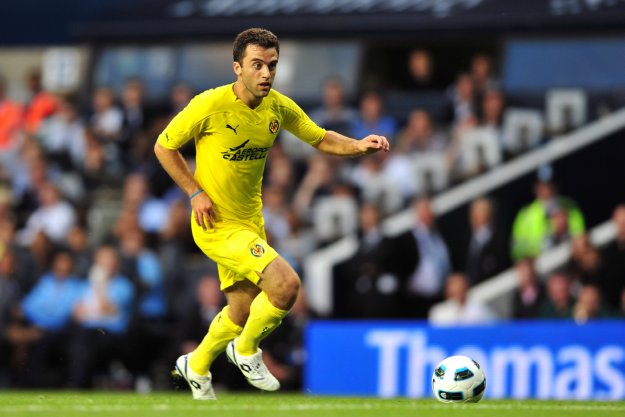 Tottenham manager Harry Redknapp has continued with his customary post-deadline day ‘the chairman nearly did a deal for x,y and z’ palava, claiming that the club lodged a late £35 million bid for Villarreal striker Giuseppe Rossi.

“(Spurs chairman) Daniel Levy always said that if we found the right player then we would have gone for him but it was difficult.

“He tried something with Giuseppe Rossi. I think he offered £35 million in the end. It’s hard to get top players unless you pay top money.

“But, you couldn’t get Rossi because Villarreal don’t want to sell you him.

“The chairman would have bought someone for £30 million though, for sure. He wanted to bring someone in.

“There was no doubt that he wanted to do it. He wanted to get somebody in and if Daniel and (Spurs owner) Joe Lewis can find the right people they will have a go again.”

Harry Redknapp, the grammatical equivalent of a petrol-driven woodchipper.

Anyway, would this ‘ere Giuseppe Rossi be the very same Giuseppe Rossi that signed a contract extension with Villareal until the summer of 2016 just six days beforehand (January 25th)?

Why yes, yes it would.