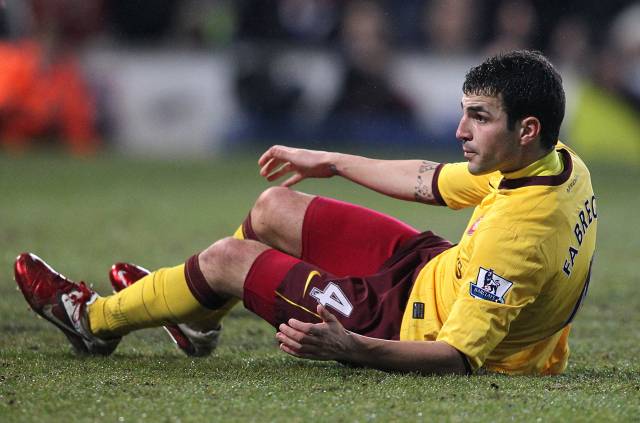 Barcelona director Raul Sanllehi has taken time out of his hectic schedule to reveal to the waking world that the Catalan club currently have no plans to launch another bid for Arsenal captain Cesc Fabregas – isn’t that good of him?

“Cesc is a great Catalan player. He played for us as a kid and he will be welcome back at Barcelona for the Champions League match – however, right now, everything is dead regarding a transfer.”

Christ on a bike! I’d quite forgotten that Cesc had Catalan roots. ‘Memory like a sieve’ and all that…

Incidentally, the two clubs are set to meet in the Champions League next week, but it would surely be over-cynical to suggest that that would have had any bearing on the timing of Señor Sanllehi’s non-statement.

Thankfully, it’s nigh-on impossible to be bored by Barca’s incessent haranguing of Fabregas, or we’d all be driven to distraction by it by now.