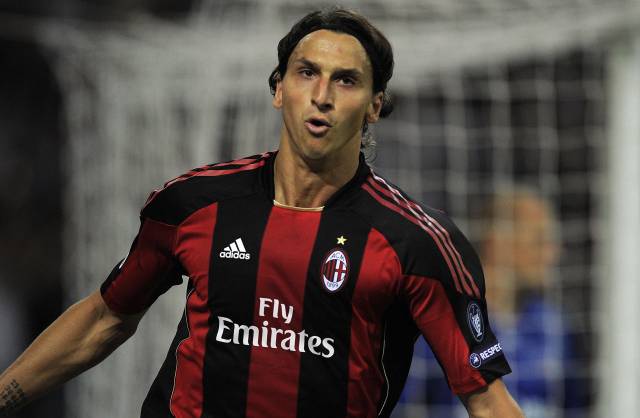 Once the heroically brazen ego-vacuum that is Zlatan Ibramihovic decided that he had graced Spanish minnows Barcelona with far too much of his precious time and precocious talent last summer, he began to tout loan offers from other clubs – clubs in dire need of a fresh burst of ‘Zlatanation’.

It should come as no surprise that Man City were sniffing around, reportedly willing to chuck the impudent Swede upwards of £500,000-a-week in return for what would probably ultimately add-up to about eight net-busting goals, vast fallow periods of toddler-esque sulking and one hell of a ‘squad morale’ problem to patch up by the following June.

However, Zlatan is quoted in the Independent as saying that City’s bottomless vat of petro-dollars wasn’t about to sway his judgement, as great players such as he can find money anywhere:

“I had a couple of talks with City and they had a fantastic project going on but I’m not one of those players who wants to go there and play for money.

“For me, it’s important to see what kind of future there is, what kind of possibilities there is. For me, the project of City is not now.

“I think in a couple of years they will be a top team but Milan now is at the top and for me, I want to be playing at the top when I’m 29 rather than 32.

“It was not about money. If you are a great player there is money everywhere.”

We are not worthy. Don’t you just get the feeling that that last line is hand-stitched into all the upholstery over at Ibra Towers?