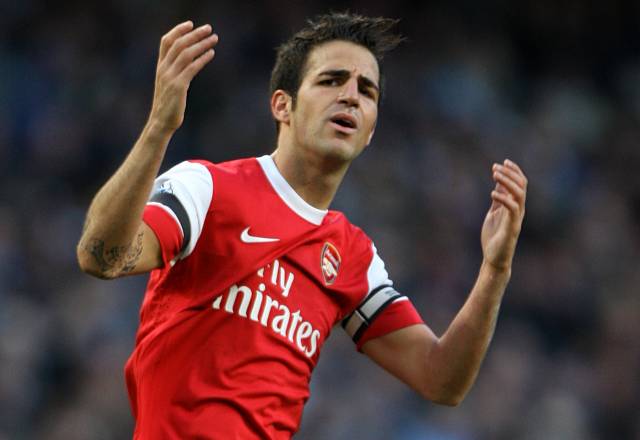 Ex-Barcelona honcho Joan Laporta has claimed that ‘justice’ will have been done if and/or when Arsenal captain Cesc Fabregas makes his move back to the Camp Nou.

Laporta is quoted in this morning’s Daily Mirror as saying:

“I would have liked it if Cesc came to Barca in the way that Pique came. He abandoned Manchester United, making it clear he was going to Barca. They were players who were formed here.”

Laporta also added that his former club are willing to wait for their justice, as Fabregas is no longer a priority signing for the Catalan yuppies:

“Signing Cesc is not urgent while we have Xavi, Iniesta and Busquets but he is a great player. I think next season or the one after he could come to Barcelona.”

Oh! By the way, it’s Arsenal vs Barcelona tomorrow – just in case that fact may have passed you by.