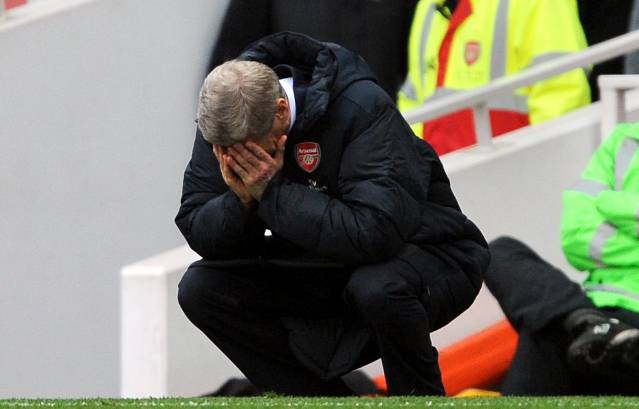 It looks like Arsene Wenger has taken the bait and reacted to the claims made by Joan Laporta yesterday, in which the ex-Barca president told anyone who would listen that his former club would see the signing of Arsenal captain Cesc Fabregas as ‘justice’ after the Gunners ‘fished’ him from their youth ranks back in 2003.

Wenger has duly retaliated, pointing out to the sanctimonious Catalans that, by nabbing Lionel Messi from Newell’s Old Boys at the age of 12 or by spiriting Andres Iniesta away from Albacete part-way through the third trimester, it would seem as though Barca themselves are not particularly averse to the odd fishing trip.

“Where do they get their players? Where does Messi come from? Barcelona? At what age did they take him? Twelve years old.

“There’s no reason for any bitterness because we did nothing illegal. We did not force a gun somewhere.

“We respected the rules. They could take our players, we accept that. They take their players from all over the world. Don’t expect them only to get players from Catalonia.”

In further ‘Fabregas to Barca’ guff, the Mirror are going big this morning with the news that the Spaniard’s old man, Francesc Snr, has gone on record as stating that the fruit of his loins will only leave Arsenal for the Camp Nou.

I’ll let you make up your own minds on that score:

“[Cesc Jnr] said everything he had to say very clearly last year. He is an Arsenal player at the moment and, for now, there is nothing more to say about that.”