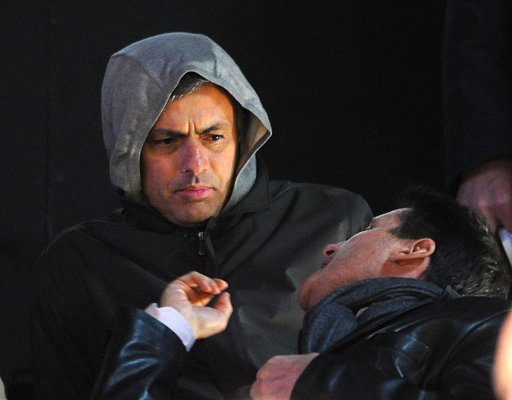 With reports continuing to circulate that current incumbent Carlo Ancelotti is one draw away from the sack at Stamford Bridge, former Chelsea manager Jose Mourinho has issued a timely reminder that he is still very much ‘in love’ with the club.

When asked if he intended to see out his contract with Real Madrid (which expires in 2014), Mourinho told Sky Sports’ Revista De La Liga programme:

“I don’t know. I love Chelsea. I was the happiest man there.

“I was thinking to be there all my life and a few months later, I was out. So you never know.

“At Inter Milan I found an incredible family, then after two years I felt it was over.

“But when I sign a contract, I sign with the intention to respect the contract and be happy.”

Of course, it could all amount to nothing more than a fond recollection, but the gossip-hound in me is perfectly willing to tag this as another MASSIVE HINT that Mourinho is becoming increasingly desperate for an ‘out’ at the Bernabeu.

What sayeth thou Pies fans? Would you welcome ol’ Mou and his antics back to the Premier League fold?