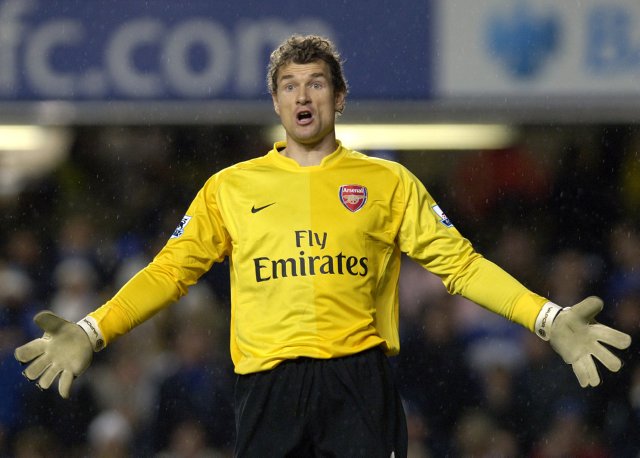 Howlin’ Mad Jens Lehmann has reportedly answered Arsene Wenger’s now-customary ‘annual ex-player SOS’ and is in the process of signing for former club Arsenal on a short-term deal to provide temporary goalkeeping cover until the end of the season.

With Lukasz Fabianksi ruled out for the season with a shoulder injury, Wojciech Szczesny sidelined for the next six weeks with a broken finger and Vito Mannone struggling with a recurring thigh problem on loan at Hull, Manuel Almunia is left as the only fit senior keeper in the Arsenal squad – forcing Wenger to ask 41-year-old Lehmann to come out of retirement and rejoin the club he left in 2008.

“Arsenal currently have a goalkeeping crisis and I jumped at the chance to help them.”

The deal is not yet complete, but with Lehmann essentially a ‘free agent’ it is thought that the veteran stopper could be sworn into the Gunners’ squad for their trip to West Brom this coming Saturday.