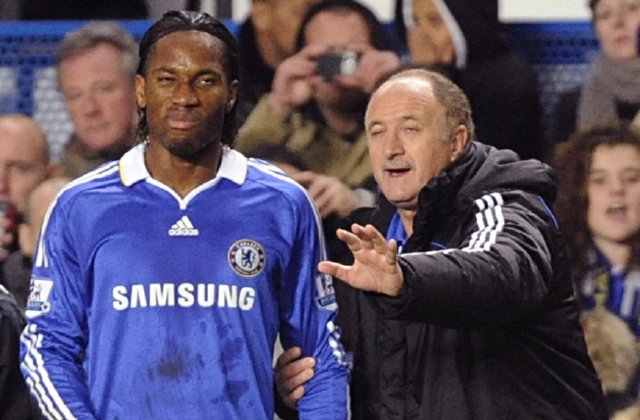 Feel free to consider ‘How Roman Abramovich spent £7.5 million on getting shot of Phil Scolari, an amount which seemed like an inordinate bundle of money at the time but which has since proved to be the price of saving Chelsea from the bog of eternal stench’ as the alternative title for this article.

Former Blues manager Big Phil Scolari has come clean about his time at Stamford Bridge, admitting that he had problems controlling the dressing room, problems getting on board with Didier Drogba’s self-centred view of the world, problems with…well, you get the idea.

“My exit from Chelsea was sad because the Premier League is a wonderful competition and a sensational venue to work. I was very depressed after my exit and for two months I didn’t want to even talk about football.

“I didn’t leave Chelsea because of sabotage from the players, but it is true that it was difficult to control the dressing room. In the dressing room at Chelsea, there were many big stars and good players but their behaviour was very different.

“Didier Drogba believed he was the star in the squad and I did have conflicts with him. He wanted to go to a hospital in Paris because of an injury, but I said no.

“That was my first problem because [Nicolas] Anelka did well in his absence and scored many goals. When Drogba came back he wanted to go straight back into the team but I said no.”

Scolari also experienced friction with another of Chelsea’s veteran contingent, in the burly form of midfielder Michael Ballack – or, more accurately, his massive ego:

“Another problem was Ballack, who wanted to be one of the owners of the dressing room and my relationship with the German was not easy.

“He seemed jealous of Deco, did not want his arrival and I had to explain that I was the coach and it was up to me. I wanted Deco to work it out with Ballack, but it wasn’t possible. They didn’t speak to each other.”

“I wanted Robinho, but it wasn’t possible. I also wanted Abramovich to change Drogba for Adriano at Inter, because it was easier to control him than Drogba.”

Got that, Drogba (who, I think I’m right in saying, latterly went on to be crowned Chelsea’s player of the year and top the Premier League goalscoring charts the season after) out, mard-arse Robinho and chronic alcoholic/manic depressive/lazy, workshy fop Adriano in.

Suddenly, that hefty £7.5 million that Abramovich shelled out to ditch Big Phil after just seven months at the Chelsea helm looks like one of the greatest bargains in footballing history.