Some clever bods in the Man City marketing department chose the club’s FA Cup parade through the streets of Manchester yesterday as the perfect platform to unveil their new Umbro away kit for next season – and a right bobby-dazzler it is too.

But don’t just take Pies’ word for it, have a butcher’s… 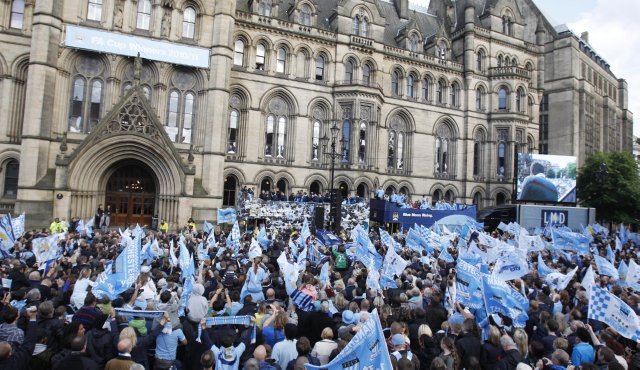 The parade sets off from Manchester Town Hall 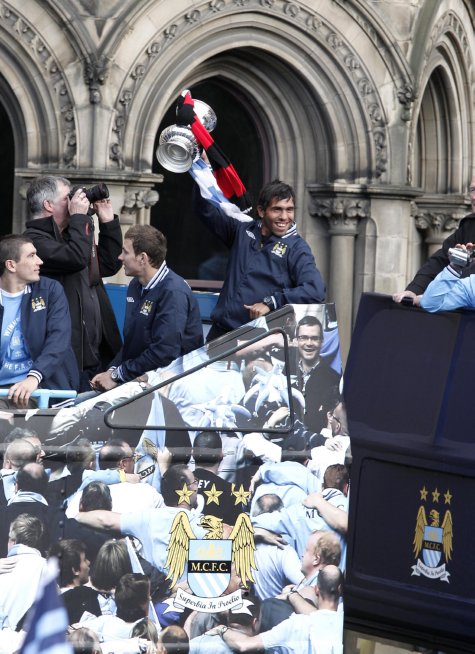 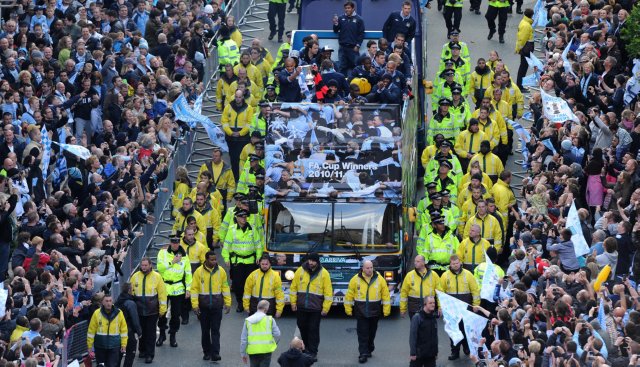 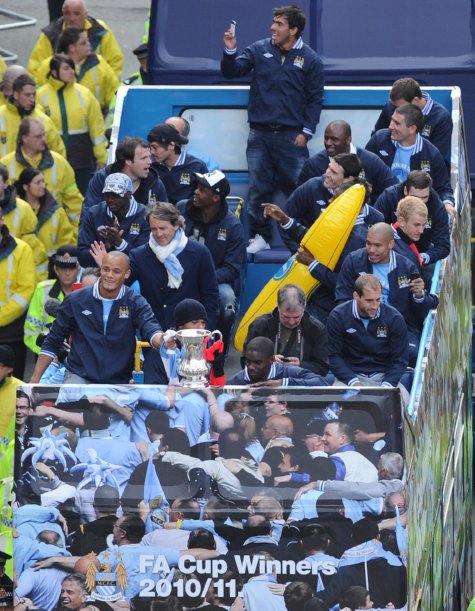 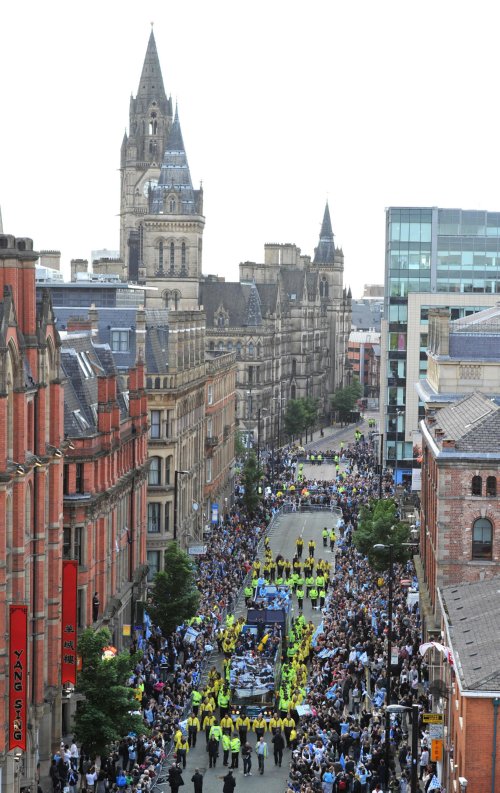 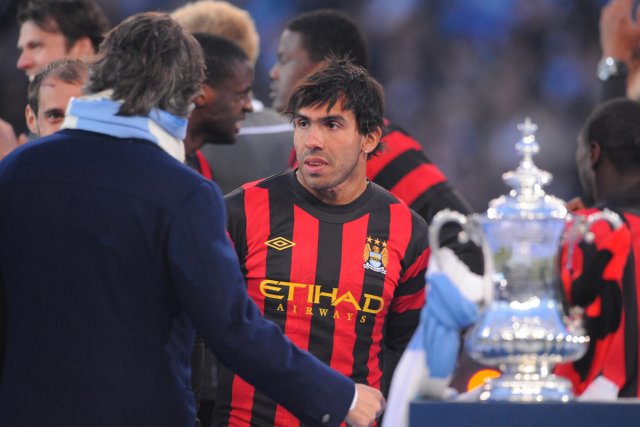 After donning their new strip, the Man City mob mingle before the trophy is presented at Eastlands 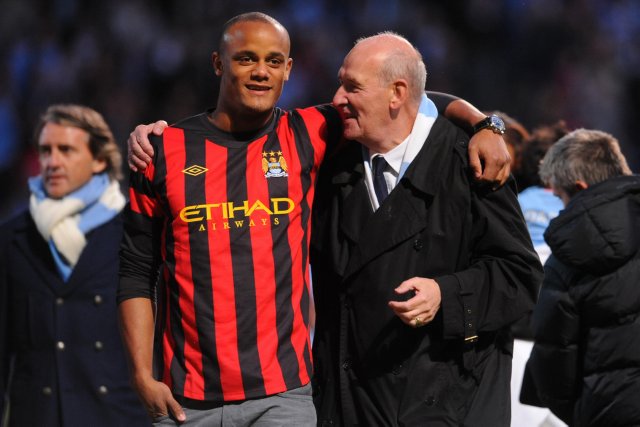 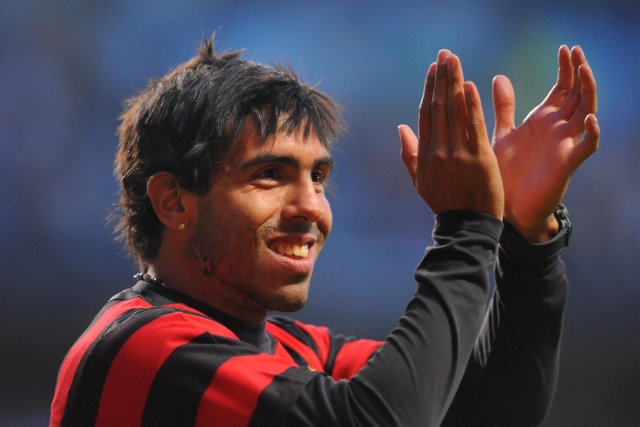 Carlos Tevez applauds the Man City fans in the stands 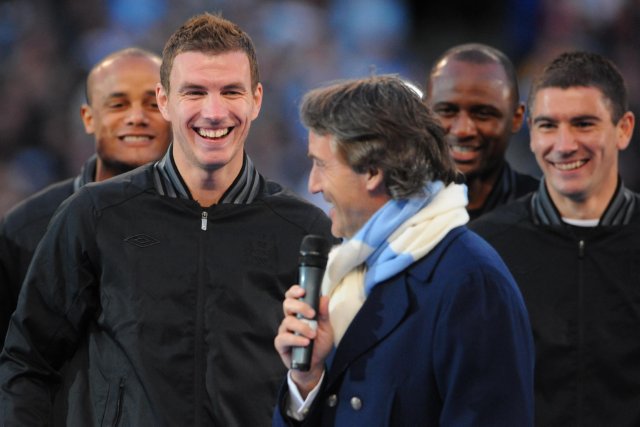 “Right, you’ll like this one. A Belgian, a Bosnian, a Serbian and an elderly French gentleman walk into a bar…” 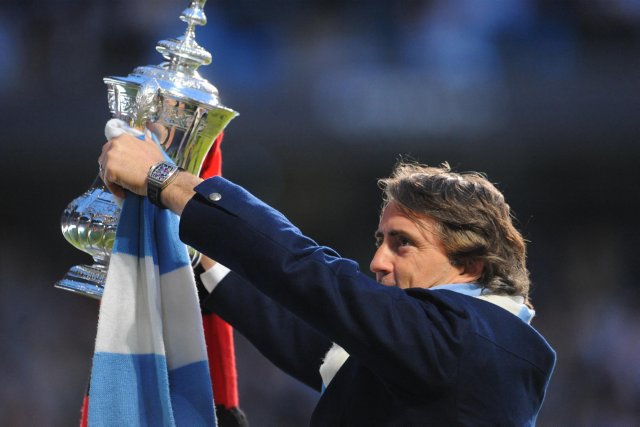 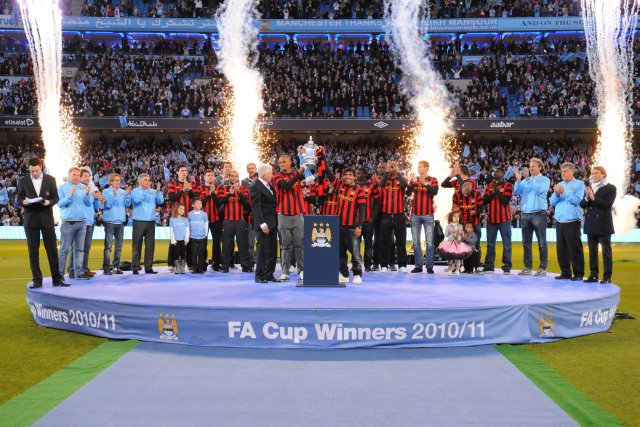 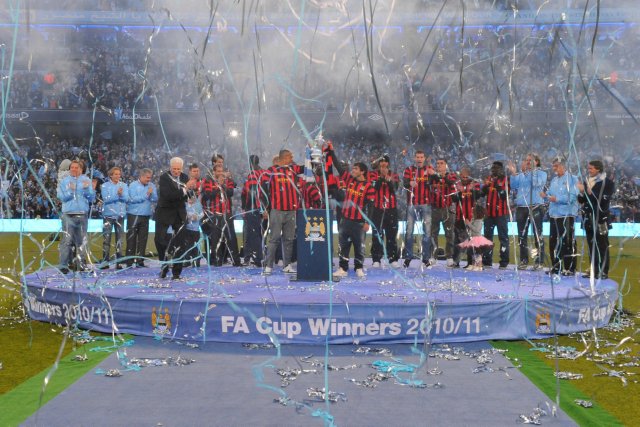 “Basically, could I have a condensed Pink Floyd concert for £500?”

Lovin’ that new strip. With their new, striped-back ‘tailored’ approach, it looks like Umbro have got it right once again.