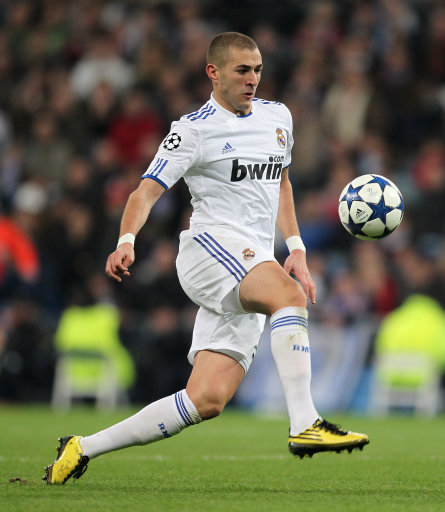 Arsene Wenger has confirmed his interest in signing peripheral Real Madrid striker Karim Benzema, claiming that a move for the French international would not be an ‘impossibility’ this summer.

Speaking to The Sun, Wenger said:

“Signing [Benzema] does not seem impossible. He’s a player that I like. He’s intelligent in his movement; he is capable of combining well with others and making a difference, and of doing individual moves as well.

Seems like a decent move for all parties. Benzema’s certainly primed for a fresh start elsewhere after falling out of favour under Jose Mourinho (despite maintaining a fairly healthy scoring rate), and Arsenal need a striker who is willing to shoot with his laces from time to time.

So, Real allow Benzema to join Arsenal thus freeing up a bit of cash (‘somewhere around £15 million’ is the fee being mooted) to part-fund a move for the ‘homesick’ Carlos Tevez?

Sounds entirely plausible to me.