With the transfer window just beginning to creak in the wind (of change?), we at Pies reckon it’s high time to begin speculating and hypothesising on the ins-and-out – quite literally – of this summer’s prospective transfer activity.

This week, Manchester City and Tottenham are bought before the beak… 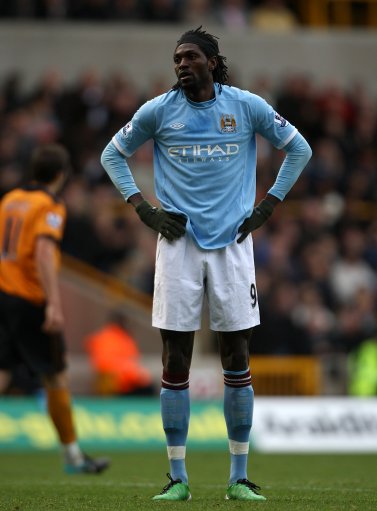 Patrick Vieira – Never the quickest, Paddy has slowed down to a trot these days and, while his vast experience and gamesmanship may be an invaluable boon, he’s not really a force to be reckoned with at Eastlands – with his fading legs only good for brisk run-outs in the early stages of the domestic cups and the odd ‘last ten minutes’ here and there. Time to find a (slightly) younger replacement.

Shaun Wright-Phillips – Put quite simply, Wright-Phillips is not good enough for City anymore – an almost forgotten remnant of the club’s pre-Sheik transitional stage. Should Ashley Young/Stewart Downing leave Villa this summer, you can probably expect them to take a knock-down punt on SWP.

Emmanuel Adebayor/Craig Bellamy/Jo/Roque Santa Cruz – Take your pick of City’s surplus strikers , though we’re fairly sure that at least three of the four will be shipped out come August. 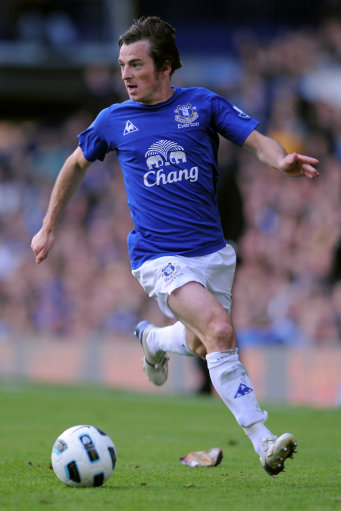 Ali Al Habsi, Bolton – With Shay Given almost certain to move on, City will probably not be content to rely on the less-than-stellar pairing of Stuart Taylor and Gunnar Nielsen as back-up. Al Habsi had a terrific stint on loan at Wigan last season and looks set to return to the DW on a permanent deal next term, though he may be swayed by a significantly heftier wage packet.

Leighton Baines, Everton – Not saying that I want it to happen – I really don’t – but City are probably going to be in the hunt for a left-back to rival Aleksandar Kolarov over the summer and we’ve seen before that Everton are always liable to be tempted into parting with one of their crown jewels if the money on offer is vastly over the odds.

Sergio Aguero, Atletico Madrid – Kun has been quick to stress that he feels that he’s reached the end of the road at Atletico Madrid and, if Carlos Tevez should decide to up-sticks and move back home to Madrid or Milan over the summer, then who better to take his place at City than the man who regularly steps in for Carlitos at international level?

Much as I’d love to see the Chaos Theory stretched to it’s limits by pairing the Mighty Zlatan with Mario Balotelli up-front at Eastlands next season, I’m not sure the universe could stand the strain. 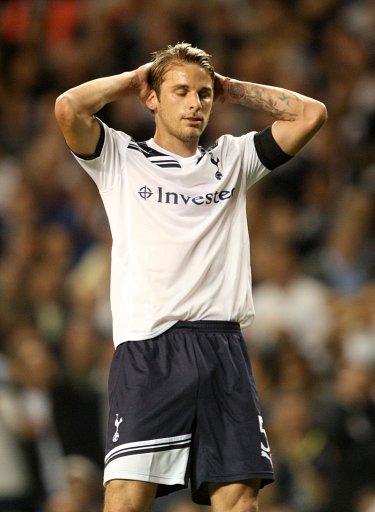 Wilson Palacios – Has been the square-root of useless since his form bottomed-out last season and has since seen Sandro usurp him in the Spurs midfield. From what I’ve read this morning, it seems like Big Wilson will be on his way to Napoli at some point during the next few days.

Jermaine Jenas – While not the complete player by any stretch of the imagination, Jenas is actually a damn-sight better than his dismal standing among the majority of Spurs fans suggests. Sure he tends to ‘get caught in the headlights’ from time to time, but he also possesses a steady touch, a decent range of passing, top-level experience with England credentials and a few tricks up his sleeve to boot. Would be an ideal ‘marquee’ signing for someone like QPR. 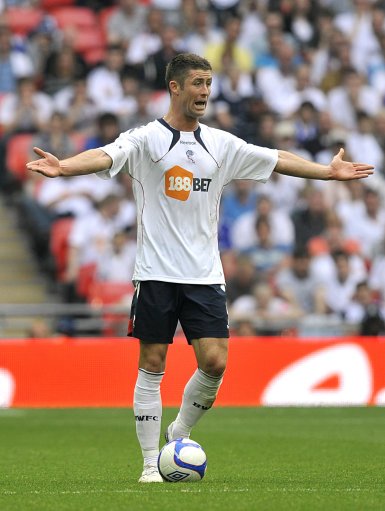 Shay Given, Man City – Makes sense. Shay’s desperate for first-team football and Tottenham are presumably desperate not to have to rely on a pin-headed flap-merchant week-in, week-out next season.

Gary Cahill, Bolton – With Sebastien Bassong reportedly eying the exit door, Ledley King and Jonathan Woodgate both destined for the knacker’s yard and Bongani Khumalo looking like more of a mistake with every passing week, Tottenham are going to need a dependable centre-half next season and oh how they would dearly love to pinch Cahill from under the noses of their beloved North London rivals.

Whether or not they can match Bolton’s huge asking price is another matter. Oh, and I’d also like to throw Chris Samba’s name into the ring if I may?

Whisper it, but ‘Dimitar Berbatov, Man Utd‘ – Not being a Spurs supporter myself, I’m unsure as to whether Berbs would be welcomed back at the Lane or not – though if United are willing to flog Berba on the cheap (say, £10 million) this close season, surely it would be worth the gamble? At the very least, he may score some of the tap-ins that Peter Crouch routinely shanks.

That said, ‘Arry does seem to have spent an inordinate amount of time watching La Liga games over the past few months – so there may well be a new recruit from the Spanish leagues winging his way to the Lane over summer.