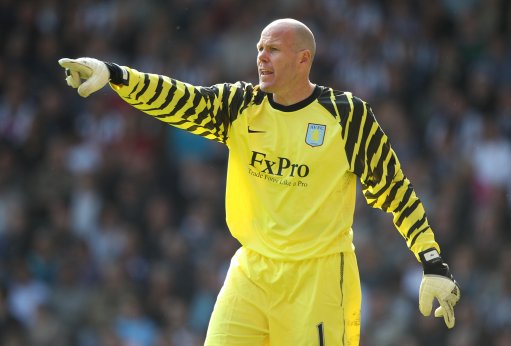 Tottenham have just agreed a deal with the National Goalkeeping Museum that will allow them to display an ancient American relic betwixt the sticks at White Hart Lane next season – or something like that.

Friedel’s contract at Villa is due to expire on the last day of June, and Spurs have confirmed that they have muscled in ahead of Liverpool and West Brom and shook hands with the 40-year-old stopper over a two-year deal.

“It is good to have three such experienced top goalkeepers at the club in [Heurelho] Gomes, Carlo [Cudicini] and now Brad.

“It means we have competition for places, particularly with the number of games we’ll hopefully face next year.”