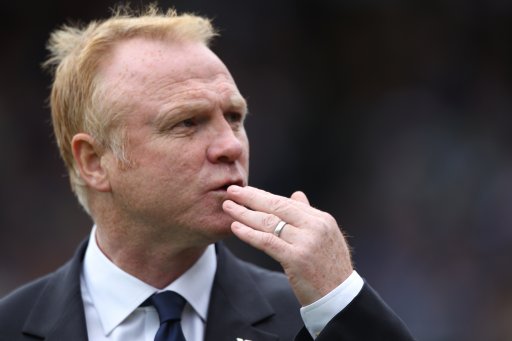 Birmingham’s acting chairman Peter Pannu is not a happy bunny, and for good reason.

As you may be aware, Brum manager Alex McLeish resigned in time-honoured fashion – by email – yesterday with one eye on the Aston Villa vacancy.

Pannu and his cronies on the City board are feeling understandably jilted after having recently tied up deals for three new players that were sounded out by Big Eck himself, who chose to do a e-runner while negotiations for a fourth new face (Danny Koevermans from PSV) were ongoing.

“I have just bought him [McLeish] three players of his choice. Having secured him the fourth one, Koevermans, I get an email on Sunday. It speaks volumes.

“We spent £40million, supported McLeish all the way, and what we get is a relegation and a snub when Carson Yeung gave him unwavering support.

“He is still our contracted staff and Birmingham City FC does not grant him any right to speak to any outsiders until the matter is resolved. I’ll be meeting my legal team tomorrow. It’s about time discipline was instilled into this game, and I am not a person who gets pushed about.”

Cripes – this could get ugly, ‘breaded ham’ ugly.