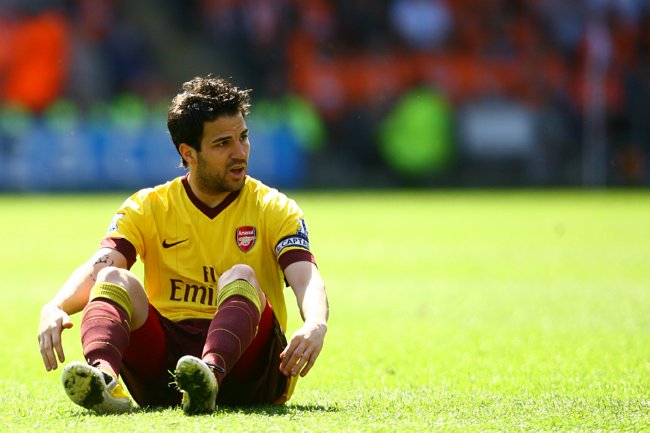 We’re not going to dally too long over this one as, frankly, we find the whole ongoing ‘Fabregas to Barca’ rigmarole bloody tedious, as we’re sure you do too by now.

Anywhom, we think it’s fairly safe to assume that Cesc’s Arsenal teammate Bacary Sagna has hardly waffled his way into Arsene Wenger’s good books – giving French radio station RMC a comprehensive rundown of all the reasons why his captain will be returning home to Catalonia before too long:

“I can say it’s true that Cesc wants to go to Barca. Fabregas wants to return to his country of birth, to his city, where his family are.

“He wants to play for one of the best teams in the world, Barcelona, and that’s understandable – at the moment, however, he is still Arsenal’s captain.”

We know that he probably meant absolutely nothing by it, but…y’know?…just keep schtum laddy.

Sagna then turned his sights to Samir Nasri’s immediate future, giving the slightest of hints that he feels it may not lie at Arsenal:

“Samir is happy at Arsenal, but I don’t know if it’s the best thing for his career.

“He has been one of the best players in the team this season and he is one of the icons of this team. I hope to find him there when we return for (pre-season) training.”