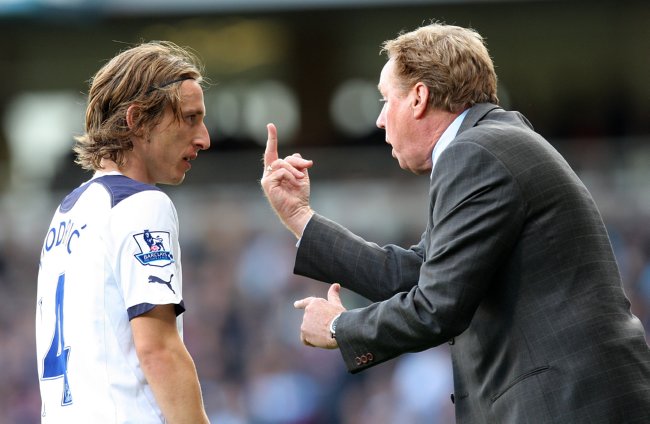 Looks like Chelsea’s efforts to flush out Luka Modric with a £22 million bid have worked, with the Croatian midfielder now admitting that he wants to leave Tottenham for Stamford Bridge, though Spurs have still have a thread to dangle by – the wee man has promised not to hand in a formal transfer request.

“If somebody comes to the club and the offer is good for me and acceptable to them, then I want to leave.

“I want to leave Tottenham as friends. I have enjoyed my time there, but now it is right for me to look at another club.

“I have an arrangement with the chairman. When I signed my new contract, he said that, if another club came to sign me, they would consider the offer. I won’t ask for a transfer, no. That would be disrespectful. I hope they can reach an agreement that is satisfactory for everyone.

“Chelsea are a big club with an ambitious owner. They have great players and they have ambitions to fight for the title and win the Champions League. I want to stay in London. I am very happy here and so are my family.”

“I don’t want to have an argument with Tottenham. The supporters have been very good to me and I have enjoyed my time playing for the club, but it is for football that players leave clubs and move.

“It has happened to Tottenham before. It is normal for a player to dream about playing for a bigger club.”

Formally asking your club for a transfer request = disrespectful, telling all and sundry that you want to leave said club via a national newspaper = ?