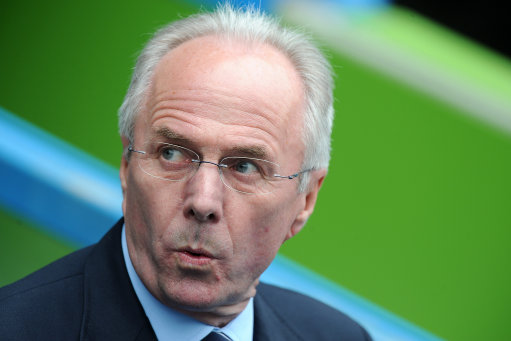 We’ll admit it, we laughed at the thought of Johnny McNo-Knees, Owen Hargreaves, attempting to flog himself on Youtube in the same way that we laughed at Michael Owen’s ‘Take A Chance On Me’ brochure from a couple of years ago or Arsenal fans attempting to sell Emmaunel Adebayor to Man City by insisting that he was ‘Wi-fi enabled’ before that – but it seems Hargo’s little soiree into online advertising has paid off.

Leicester City manager Sven-Goran Eriksson, who handed Hargreaves his England debut in 2001, has admitted that after casting his beady peepers over the videos, he is now more than ready to offer the former Man United midfielder another shot at the (slightly smaller) big time – telling BBC Radio Leicester:

“I saw his videos and if he wants to come here I will open the door and stand and wait for him in the door.

“I would take him at once if he’s fit. He’s a great – he was at least – a great, great football player. I don’t know if he’s fit. He hasn’t played football in a long time.

“He’s been very, very unlucky the last year, so I don’t know if he is interested to go on playing or not.

“I would take him at once to start training with us, of course. Great player.”

What could possibly go wrong? Other than another catastrophic physical breakdown and thousands upon million’s of pounds being flushed into the East Midlands’ sewer system?

At least Sven has a good track record when it comes to these kind of things.