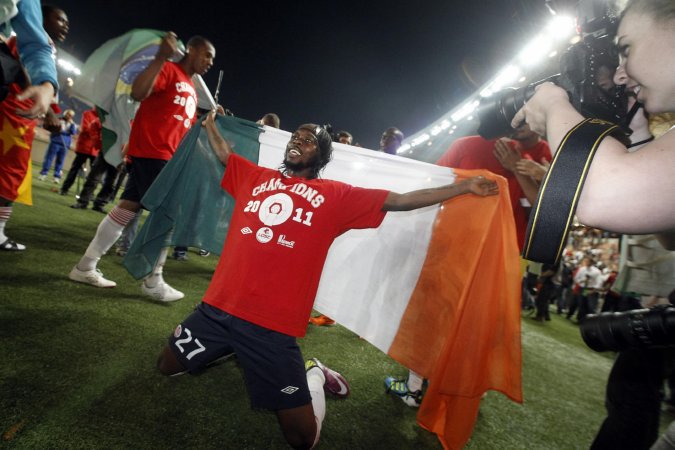 Fair to say it’s been on the cards for a good while now, but it still sounds a little strange to say out loud – Arsenal have actually signed a real, walking-talking, senior professional footballer!

According to Arsene Wenger, Gervinho actually landed last Thursday after completing a medical but was then sent home again to spend a few days with his wife and young children before returning to England to train with those remaining members of the Gunners’ squad that haven’t flown out on for a pre-season tour of Malaysia.

From what little I’ve seen of Gervinho in action I’ve got to admit that the jury’s still out as to whether he can flourish in the big leagues – though my judgement is coloured by his terrible, terrible hair and by several namby-pamby performances that he put in for the Ivory Coast at an African Nations tournament a good few years ago now.

Given that he scored 15 goals in Lille’s title-winning campaign last season, it looks like he may have gotten his act together somewhat since.