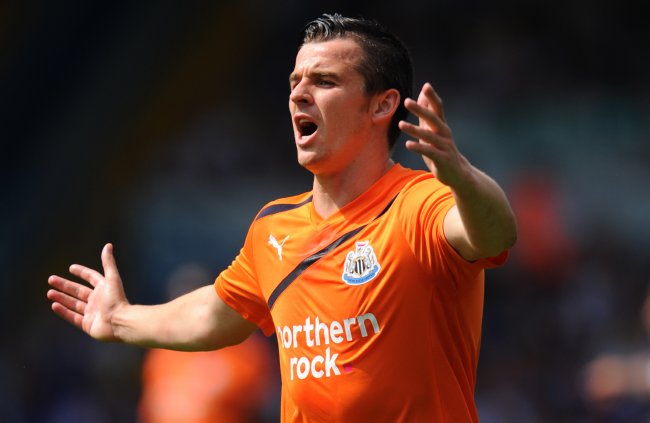 Coming about a week after Jose Enrique accused owner Mike Ashley and managing director Derek Llambias of a lack of balls and lying about a new contract offer, Joey Barton was tweeted his way into a transfer-listing at Newcastle.

More accurately, Barton has been made available on a free transfer, with the Toon board simply running out of patience with his incessant need to tweet every single gripe he has with the club’s hierarchy over a summer of botched transfers and contract re-negotiations.

Apparently, this ‘ere is the batch of Barton tweets responsible for Ashley pushing the big red ‘JETTISON’ button on the St James Park control panel… 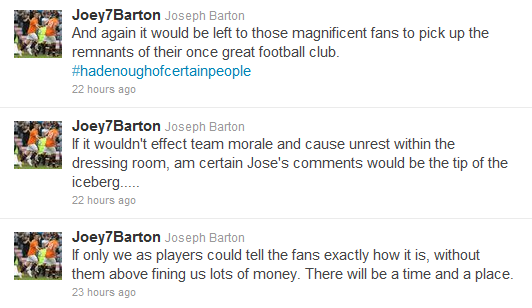 Yep, that’s it. Nothing more ‘incendiary’ than a little mild narkiness and what sounds like the threat of a tell-all chapter in Barton’s autobiography as and when the time comes.

Just bung him a few extra quid and get your most influential player – who, we might add, genuinely seems to enjoy playing for Newcastle – back on board for next season, right? Wrong…

“Newcastle United can confirm that Joey Barton has been placed on the transfer list today. The player has been advised that he can leave the club on a free transfer.”

“Somewhere in those high echelons of NUFC, they have decided, I am persona non grata.

“I am on a free but the honour of wearing those B+W stripes, surpasses that.

“One day the board might realise, what the shirt signifies. HONOUR and PRIDE. Thanks for your continued support……….. #toonarmy.”

Newcastle had been hoping to offload Barton this summer with his contract dwindling to nothing next summer, but apparently no-one was prepared to do business at the ramped-up prices that Ashley and Llambias were touting their wares.

However, since the kerfuffle broke out yesterday afternoon and the asking price was publicly reduced to big fat nada, Barton’s agent Willie McKay has claimed to have been ‘inundated’ with offers for his client’s services – thoroughly unsurprising given his consistently impressive performances last year.

Indeed, the more we hear, the more we reckon Mike Ashley hasn’t really got this ‘business’ thing completely sussed out yet.