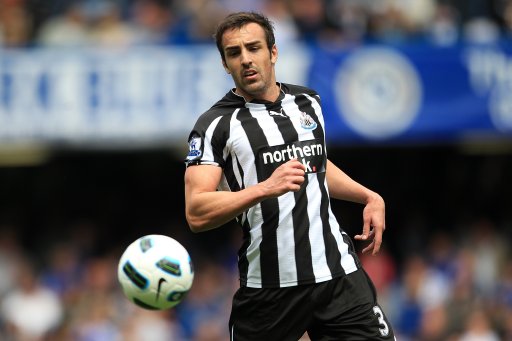 Just as the Aztec god of humongous nasal passages Phil Thompson prophesied on Norwegian television many moons ago, Liverpool have this very afternoon announced that they have agreed a fee with Newcastle for left-back Jose Enrique – the cheeky buggers won’t tell us what that fee it is, though we’ve heard it’s somewhere up around the £6 million mark.

The 25-year old Spaniard is now set to travel to Melwood to discuss personal terms and undergo a medical later this evening.

Any thoughts ‘Pool fans? Surely, after sitting through Dossena/Konchesky et al, it’ll be nice for your lot to be able to welcome a left-back who looks like he’s actually familiar with Association Football and not just emerged from some sort of gooey egg-cocoon in the carpark outside Anfield?