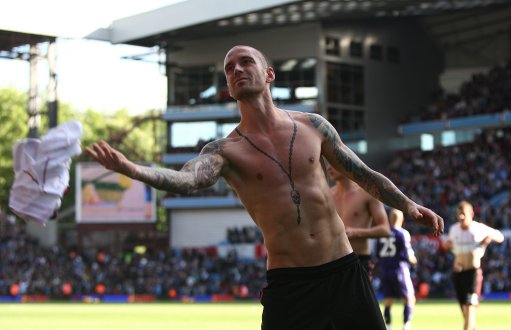 The Daily Mail seem bloomin’ well adamant that Chelsea may be about to table a £12 million offer for Liverpool’s dragon-tatted midfield hipster Raul Meireles in a bid to hedge their bets should their chase for Luka Modric ultimately end fruitless:

“Chelsea are considering a move for…Raul Meireles as they contemplate an improved offer for Luka Modric.”

As pointed out to us by our pals over at Anorak, this where the Mail’s spiel starts to fall apart (if you considered it to be perfectly plausible up until this point), as they continue:

“However, Andre Villas-Boas knows him well from their time at Porto and is interested to see if a deal could be done. Liverpool want close to £12m for the 28-year-old who was voted the PFA Fans Player of the Year.”

Ah. A quick look at the relevant dates show us that Villas-Boas was announced as the new Porto manager on June 2nd, 2010, with Meireles moving to Liverpool on August 29th of the same year – thus leaving the total matches that the Portuguese midfielder played under AVB standing at one.

Still, we’re sure those two months of sporadic training sessions and holidays in Ibiza were positively golden.