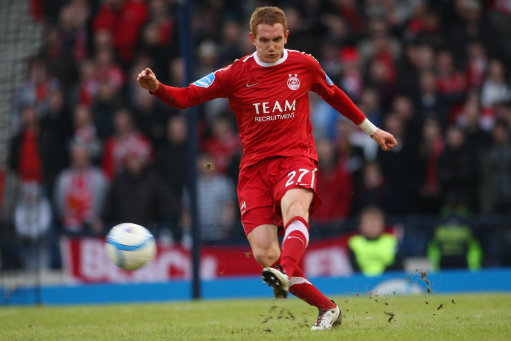 That’s it, keep it on the ground son, you’re rubbish in the air

Scottish football is often criticised for its lack of technical quality and while this view is often unfair, Aberdeen’s Robert Milsom did little to silence the critics on Monday in the Dons’ 2-1 win against Dundee United.

The English midfielder, once of Fulham, had the goal at his mercy when a ball was floated over perfectly for the midfielder to head home. However, instead of nodding the ball into the empty net, the Redhill-born 24-year-old somehow managed to head the ball in the opposite direction of the goal, which, to be fair, is a skill all of its own.

Click here to watch the horrendous miss. It’s on at around 3mins 57 secs.