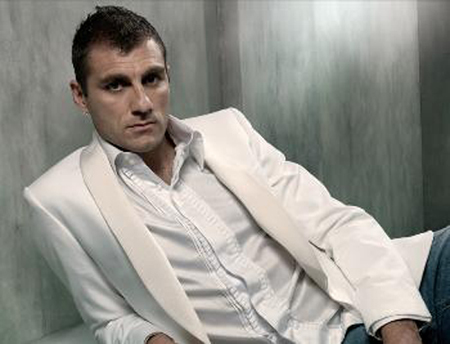 “They say I score once every 275 minutes… on average”

The former Milan, Internazionale and Juventus hitman was more reknowned for his hulking physical presence than his fancy footwork, and it shows during his Blues Brothers routine along with the rather more impressive Natalia Titova.

Bizarrely, the series also boasts another former Azzurri striker Marco Delvecchio and the legendary Gianni Rivera in its list of contestants. I say we all do our best to cajole Jimmy Greaves and Tony Daley into the next UK series.

By the way, the Italian stallion Vieiri also launched a range of condoms in partnership with Paulo Maldini a few years back. Here’s a billboard ad of the prophylactics in question. 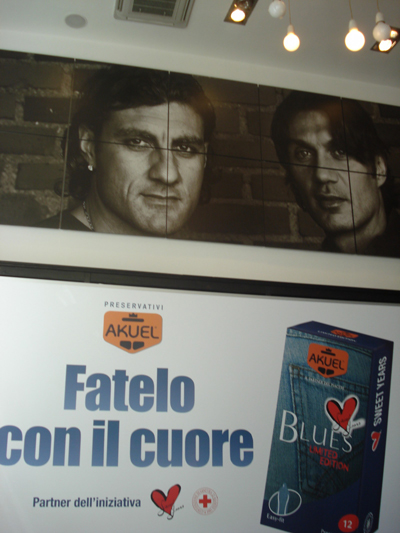 Ryan Giggs, there’s a marketing opportunity waiting for you!