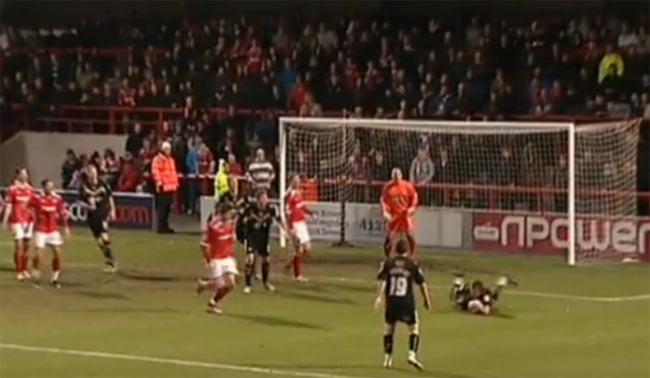 Sometimes the world isn’t fair. And for League Two Morecambe on Saturday, the world was very very unfair.

After getting the scoreline back to 2-1 in their home clash with Torquay, play-off hopefuls Morecambe pushed for a late equaliser. However Shrimps defender Will Haining, in attack mode, fired the ball into the Gulls’ box, only to watch a Torquay defender dive onto the ground (rather impressively) and cup the ball in his arms. A clearer spot-kick you will not see this season. Alas, none of the officials saw it like that, or indeed saw it at all. So the game continued and poor old Morecambe lost 2-1.