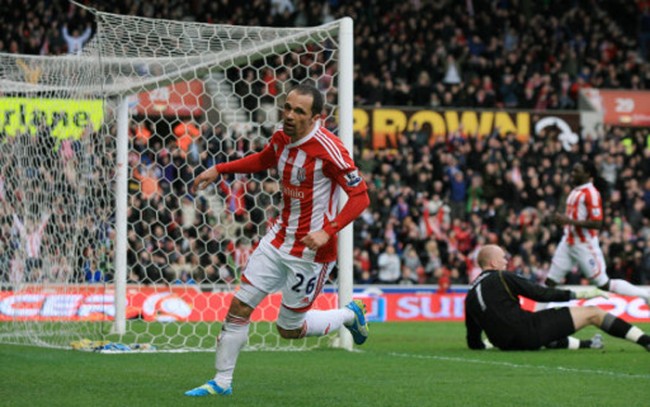 Tony Pulis may not be too everybody’s taste, but his achievements with Stoke cannot be underestimated. As well as having to contend with a European adventure this season, the Potters now find themselves in the lofty position of eighth place in the table after grinding out a 1-0 win against Norwich.

This was game of few real clear-cut chances, although just before the break, Peter Crouch almost opened the scoring, only for John Ruddy to make a fine close-range save.

After the break, The Canaries continue to battle hard, but eventually, Stoke would get the breakthrough. Sub Cameron Jerome flicked on a throw on the left flank and Matthew Etherington jinked into the box before beating Ruddy at his near post. The goal was somewhat controversial however, as the inital throw should have been awarded to Norwich.

Still, Pulis’ Potters march on while Paul Lambert’s Canaries say in the top 10.