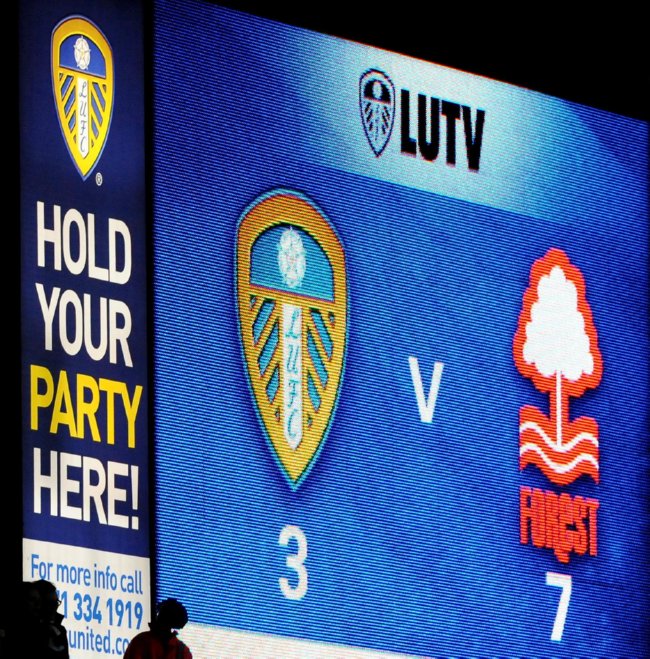 It was 1-1 when I stopped listening; Leeds took less than six minutes to open the scoring, Ross McCormack coaxing a naff penalty out of the referee and Robert Snodgrass converting it without a second thought. Here we go. Then, out of the ether, Adlene Guedioura equalises with a 30-yard hoofing howitzer less than 120 seconds later.

After about half-an-hour’s worth of tit-for-tat, I then had to make my excuses and leave as a particularly unpromising game of 5-a-side beckoned. Upon pulling up in the car park, I was reliably informed that Garath McCleary had put Forest back in front at the break. As with all things Forest, I immediately flicked over into self-protecting pessimism:

“They’ll have us for four in the second-half.”

What followed was an hour of turgid football, not at Elland Road I might add, but on the newly-laid ‘FIFA standard’ rubber crumb at Brock Leisure Centre. Having felt lousy all day, my crotchety knee gave up the ghost after about 10 minutes of doing nothing much and I spent the rest of the game hobbling around in goal like a lame mule. Please forgive my self-indulgent waffling, but I’m just trying to set the scene and make sense of what happened next.

Upon leaving the pitch at gone 10 o’ clock, feeling unsound in both heart and mind, I switched on the radio fully expecting Forest to compound my misery. Steve Cotterrill was engaged in post-match spiel, quibbling over the penalty and then, fatefully and without attributing it to either side, mentioning the ‘seventh goal.’

Home. Limp through the door. Slump in chair. Teletext on (yes, it does still exist!). 3-7. Re-focus disbelieving eyes. Still 3-7. McCleary scored four of them. Leeds had scored three at home and still lost by four. To Forest!

I, and there’s no way to skirt around the issue here, was sick on myself.

Forest had stuck seven past Leeds at Elland Road, the first club ever to do so, and my body reacted by disgorging itself. Quite right too.

Seems the only physiological way to counter the utterly nonsensical information ratcheting around my prefrontal cortex was with an even more nonsensical reaction. Fighting absurdity with absurdity and, what’s more, with three lovely points to show for it!

Shame Portsmouth, Peterborough and Millwall had to go and win as well mind.