Having witnessed just 16 goals in 25 games this season, none at all in their last five games and with their side rooted to the bottom of the league, a group of thoroughly bored Magdeburg (of the German fourth tier) fans took it upon themselves to give their goal-shy players a quick refresher course on just what the aim of the game is… 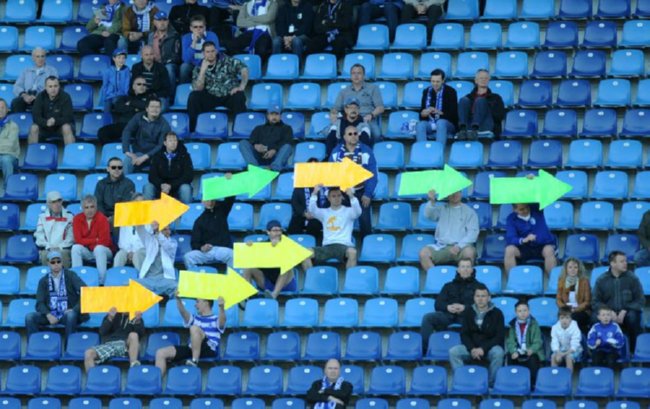 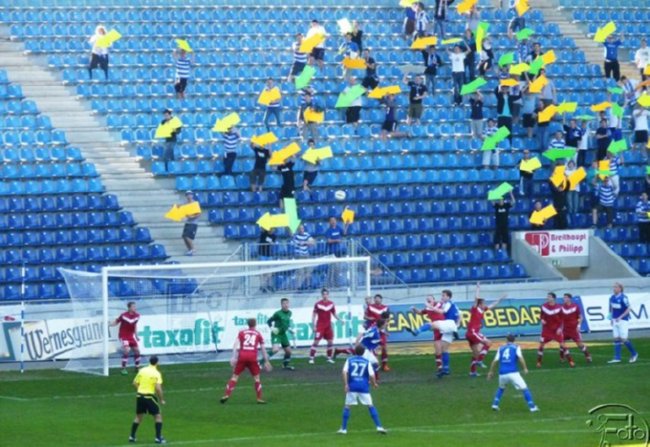 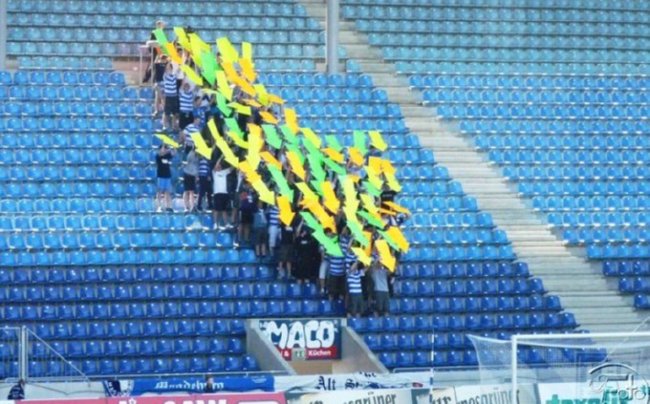 “We will show you where the goal is”

You’ll be glad to know that these shenanigans all took place at Magdeburg’s game against Berliner AK ’07 on Sunday afternoon in which, thanks to the subtle pointer up in the terrace, they actually managed to score…