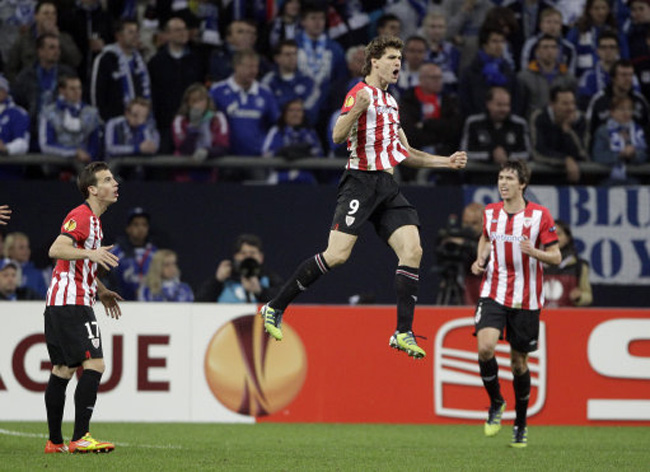 After thoroughly outplaying Manchester United at Old Trafford but only coming away with a 3-2 victory, in-form Spaniards Athletic Bilbao spent much of Thursday’s night Europa League clash in Schalke getting the runaround from the home side, but still managed to come away with a 4-2 smash and grab victory.

Two generations of Spanish international strikers stole the show at the Veltins-Arena, with both Raul and Fernando ‘two Ls’ Llorente bagging a brace each.

Strapping striker Llorente opened ths scoring on 20 minutes, but only two minutes later, former Real Madrid legend Raul levelled the scores as the Germans started to dominate proceedings. Still, it took them until the hour mark to find another goal, again courtesy of Raul with a superb left-foot volley.

However, Bilbao rallied and Llorente levelled the scores on 71 minutes with header. The Spaniards then started to threaten more and more on the break against an increasingly frustrated Schalke side, with sub Oscar De Marcos and the superb Iker Muniain eventually putting the game out of reach for Schalke.

Overall, a 4-2 scoreline was harsh on the home side, who face a massive uphill task now if they are to progress to the last four ahead of Marcelo Bielsa’s gifted Basque side.