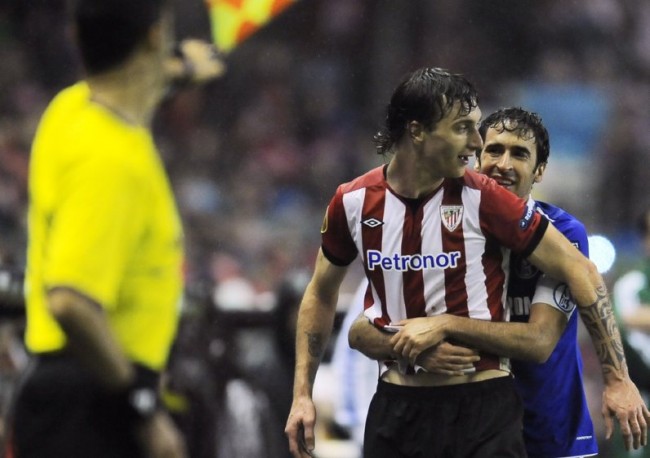 Straight off the bat: What a brilliant two-leg’s worth of European football. 180 minutes of full-tilt, whirligig football with ten goals to show for it – none of them shabby in the slightest.

After racking up a 4-2 headstart in Gelsenkirchen, Bilbao had the second-leg frighteners put up them when Klaas-Jan Huntelaar’s low drive (his 10th goal in the competition and 42nd of the season) put Schalke ahead at the San Mames to bring the Germans back into the tie- only for Ibai Gomez to equalise on the night with a superb curling effort to re-establish the Basque side’s aggregate lead four minutes into the second half.

Raul then cracked home a pearler off the post from just inside the area (his third goal of the fixture) in the 52nd minute to provide Schalke with another flush, which lasted all of three minutes when Markel Susaeta rolled an equaliser in at Lars Unnerstall’s near post to see Bilbao through to the semi-finals.